For your information – Allow me to quote from Wikipedia:

Photokina (rendered in the promoters’ branding as “photokina”) is a trade fair held in Europe for the photographic and imaging industries. It is the world’s largest such trade fair.[The first Photokina was held in Cologne, Germany, in 1950, and since 1966 it has been held biennially in September at the koelnmesse Trade Fair and Exhibition Centre in Deutz. The fair is planned to become an annual event starting in 2018, and to be held in May starting in 2019. Many photographic and imaging companies introduce and showcase state of the art imaging products at Photokina 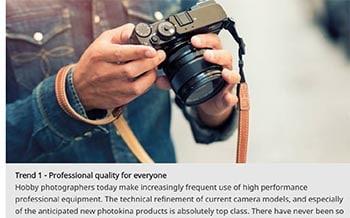 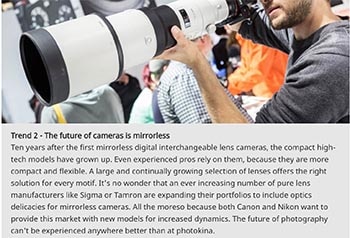 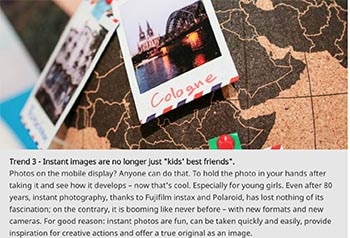 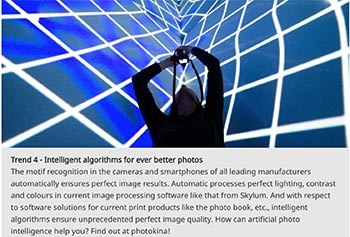 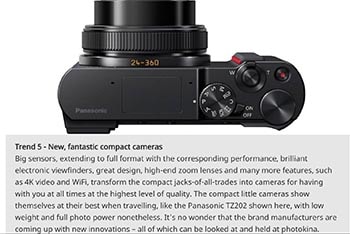 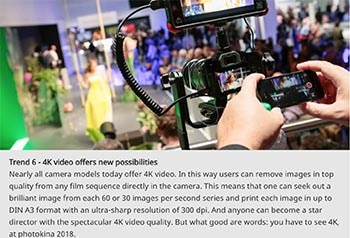 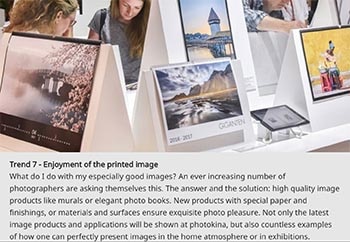 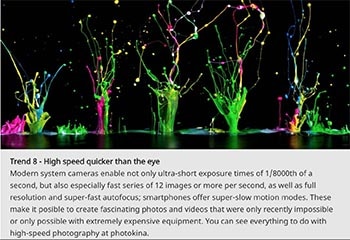 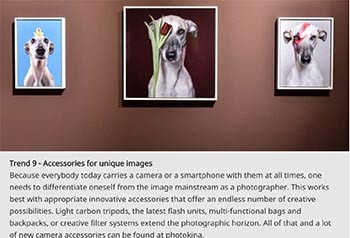 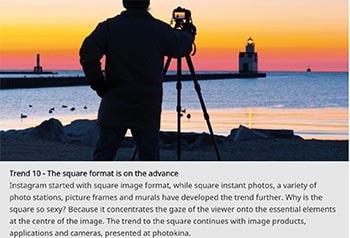