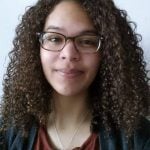 This holiday season, Walmart took to Facebook to offer last-minute gift advice. The American Movie Company was pleased to provide WebCasting services for the production. 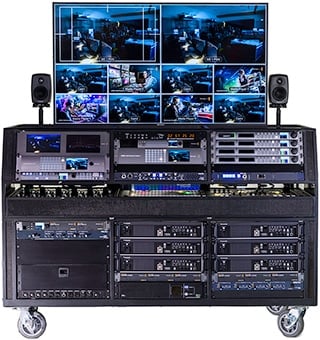 The project consisted of three videos that were streamed on Facebook.

The first video featured a carousel that displayed various products throughout the show. Viewers commented on the video as it streamed with descriptions of people on their list. Walmart employees then assembled gift ideas and sent them across the screen on the carousel.

The second video included groups of the most adorable puppies “reviewing” toys and other pet products by playing with them.

The third video followed a group of equally adorable kids up and down the aisles of Walmart doing some last minute holiday shopping.

AMC had a full crew on set. Andy Ferullo served as production manager. Phil Fleischer operated the TriCaster unit. Arié Ohayon was the Director of Photography, and headed up a camera team consisting of Lou Blackmon and John Bell. Loni Gest and Eric Chiriboga served as gaffers, and RJ Yenesel was the production’s sound mixer. In addition to WebCasting services, AMC provided a teleprompter, operated by Zack Breheney.

When asked about their favorite part of the shoot, the crew’s unanimous response was the day with the puppies! A particular highlight of the day was the point at which the Walmart team dressed the puppies as Star Wars characters. Yoda pup had a good romp with a toy Chewbacca and a toy BB-8, accompanied by two other puppies dressed as Ewoks. Despite the furry weapons of mass distraction, AMC’s crew was able to keep things running smoothly on set and capture excellent footage for the holiday prep series.

We’re quite proud of our guys and gals. They’re all great people who have the skill, flexibility and passion to perform at the highest level on any gig you throw at them!