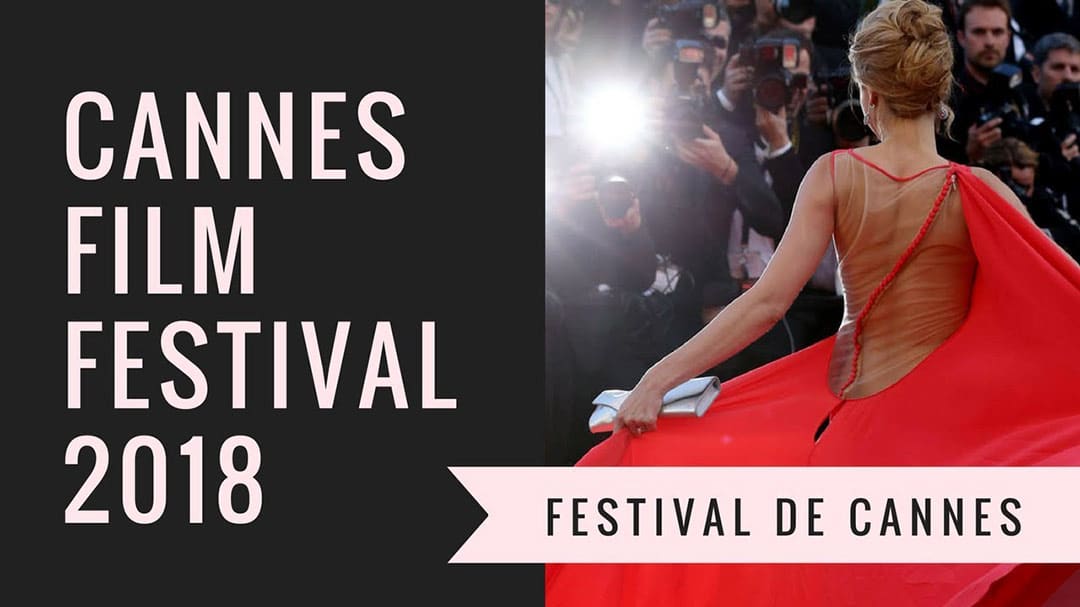 The 71st annual Cannes Film Festival is right around the corner, beginning on May 8th. Cannes is the most widely adorned, prestigious film festival with a long legacy of showcasing some of the greatest films of all genres. This year should be just as fruitful.  While we can’t make any promises on the rekindling of Netflix and Cannes’ relationship, we can prepare you for this special event with a few of our favorites premiering at this year’s festival!

Buzz is high for this new gay love story from Christophe Honoré, who may be best known stateside for Dans Paris and the bisexual musical Love Songs. This entry concerns two men at different stages who meet and…  Jacques is a writer living in Paris. He’s almost forty and quite sure that life has passed him by – he does not believe that the best in life is yet to come. Arthur is a student living in Brittany. He reads and smiles a lot and refuses to think that everything in life might not be possible. They’re destined to meet.   What ensues… well,  it’s a lovely dream, a sad story.  I like the French title better.  Plaire Aimer Courir Vite.

Under the Silver Lake

Andrew Garfield leads this sprawling L.A. neo-noir film from director David Robert Mitchell, whose horror film It Follows was a Cannes hit a few years back.  This film invites us along to explore the hip, East Side part of the city as the affable young man becomes enmeshed in the most baffling of circumstances.  A beautiful young woman, his neighbor, has mysteriously (is there any other way?) disappeared. Check the coffeehouses, Andrew! Maybe she just needed free Wi-Fi and overpriced java!  Not so easy!  He becomes an unwitting detective, determined to find the object of his love.  Of course, he stumbles into a much more complicated, sinister conspiracy involving billionaires, celebrities and other denizens of the underworld, as it were.  Come along for the ride!  It’s bumpy!

Cannes often invites a big-budget studio film to screen out of competition, and this year’s entry is the Star Wars spinoff that casts Alden Ehrenreich and Donald Glover as young versions of the much-loved franchise staples, Han Solo and Lando Calrissian, respectively. Don’t expect to see original directors Phil Lord and Christopher Miller on the Croisette, since they were replaced during filming by Ron Howard. Can the film overcome its troubled production history and deliver on the hype? The big question remains, will the film deliver or fall victim to its hiccups along the way? I’m rooting for it!

The first Kenyan film ever to debut at Cannes has already been banned by its native country.  Its premiere is now uncertain but it has caused a stir.  It is a sweet, innocent, coming-of-age story of two teenage girls who fall in love with each other.  Rafiki (Friend) was to have been a jolt to the nascent Kenyan film industry.  As it is it has spawned controversy over censorship and free speech in Kenya.

The Kenyan Film Classification Board has banned the film.  Kenyans will not be able to see this touching lesbian love story. How else to communicate?  In a tweet:

The @InfoKfcb has banned the film “RAFIKI” due to its homosexual theme and clear intent to promote lesbianism in Kenya contrary to the law and dominant values of the Kenyans. #KFCBbansLesbianFilm Dr. @EzekielMutua @moscakenya @PresidentKE @WilliamsRuto @wanuri @NellyMuluka

Three years ago, Cannes had a high-profile hit with Amy, a penetrating look at the life and sadly premature death of Amy Winehouse. Could this year’s Whitney follow in its footsteps? Director Kevin Macdonald secured the cooperation of Whitney Houston’s family and inner circle for his documentary.  A worry to some is one aspect of the film – it faces and promises to shed some light on the same-sex rumors that surrounded the singer.  We are curious and remain nonjudgemental..

This South Korean mystery drama from director, Lee Chang-dong, is an adaptation of Haruki Murakami’s short story, “Norwegian Wood.” Keep an eye out for the rising international star Steven Yeun. He plays Ben, a mysterious friend of a friend of protagonist Jong-soo (Yoo Ah-in) who has a troubling hobby.  The story depicts her entanglement with two starkly different men, one wealthy and the other poor.  Burning is afire (pardon the pun) and is piquing the interest of viewers who are curious to see just how closely Murakami’s story is followed.

Fugue is a film that examines what has come to be the accepted condition of women in our society. Essentially it is reduced to women being able to have children. Do they have true independence? Do they have a choice? Some women don’t see that as a defining aspect.  They rebel at the risk of being shunned or openly criticized.  Can they truly escape from this role most assume is their function?  It’s 2018 – the question is absurd and should not be asked – the answer should be obvious.

“Fugue is about the social taboo concerning motherhood and that women are socially pressured to accept this role without hesitation. What if it isn’t always the case? What if a woman had a possibility to forget about giving birth, having a child? Would she choose it again?”

Fugue tackles a fascinating topic.  Alicja, the protagonist, has no memory and no awareness about how she lost it.  In the few years she’s been on her own she has developed into an independent woman.  She doesn’t want to remember the past.  When her family finds her, she feels compelled to fit into the prescribed roles of mother, daughter, and wife.  What else can one want?  Feelings of alienation, dormant love for another surface yet she feels surrounded by complete strangers.

Focus Features does the right thing and announces Spike Lee’s latest film, BlacKkKlansman, will be released late this summer.  Those lucky enough to be in Cannes will see it first! It will have its first screening there. It tells the story of Ron Stallworth, a detective in Colorado Springs, Colorado, who in 1978 answered an ad in the local newspaper seeking new Klan members. He not only gained membership but rose through the ranks to become the head of the local chapter. Stallworth, who is black, was able to gather all sorts of intelligence by pretending to be a white supremacist on the phone or via other forms of correspondence but sent a white fellow officer in his place for any in-person meetings. During his undercover work, Stallworth managed to sabotage several cross-burnings and other activities of the notorious hate group.

The official synopsis for BlackkKlansman reads as follows:

“From visionary director Spike Lee comes the provocative story based on Ron Stallworth‘s real life as Colorado Springs‘s first African-American police officer who went undercover to infiltrate the Ku Klux Klan. Unbelievably, Detective Stallworth and his partner Flip Zimmerman penetrate the KKK at its highest levels to thwart its attempt to take over the city. Spike Lee uses his trademark take-no-prisoners style and humor to tell this story often missing from the history books.”

The much-awaited film stars Adam Driver, John David Washington, and Topher Grace.  It is produced by Oscar-winning, Jordan Peele, director of Get Out, a satirical horror film that was both horrifying and thought-provoking.  See why Peele and Lee are friends? This 70’s based film is sure to both shock and inform audiences.  Can’t wait to see it. 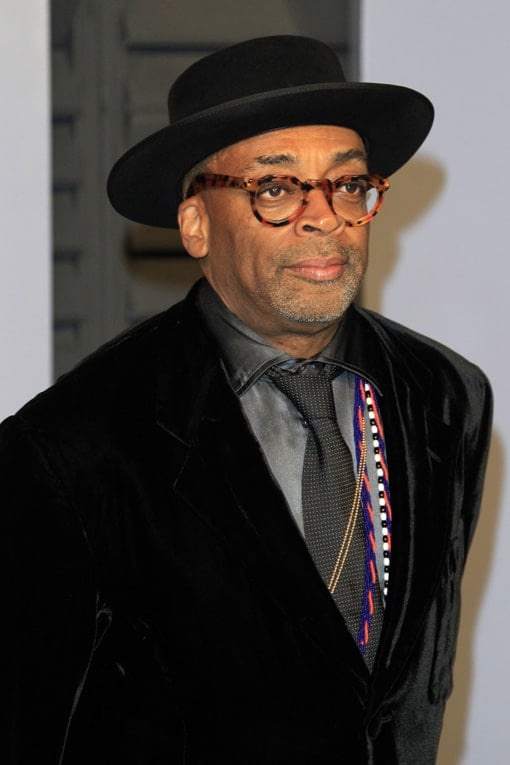 The two-time Academy award-winning Asghar Farhadi (The Salesman, A Separation) returns with his starriest film yet, and a turn into Spanish-language cinema. Penélope Cruz stars as a Spanish woman who returns to her hometown with her Argentinian husband.  The film deals with the moral aspect and circumstances  when “unexpected events bring secrets into the open.” Javier Bardem and Penelope Cruz share much more than top billing in real life.  Their chemistry and love is explosive and serves the characters they play well.  As everybody knows, Farhadi has millions of fans who can’t wait to see his newest film.  Lucky festival attendees, it will be screened on opening night!

The House That Jack Built

Lars von Trier was a Cannes staple until the notorious Melancholia press conference in 2011, where he made awkward Nazi jokes and spawned an all-too-relatable set of Kirsten Dunst reaction gifs. A Cannes ban on the filmmaker recently lifted, but he hasn’t softened his act: The House That Jack Built is said to be a graphic serial-killer tale starring Matt Dillon as the murderer and Uma Thurman as one of his victims.  There seems to be wide interest in the 70’s.  This film is set then and follows Jack as he performs the various killings which earn him the title serial killer.

.According to the official synopsis: “He views each murder as an artwork in itself, even though his dysfunction gives him problems in the outside world. Despite the fact that the final and inevitable police intervention is drawing ever near (which both provokes and puts pressure on Jack) he is – contrary to all logic – set on taking greater and greater chances.”

There is much talk about the film, given the director’s histrionics and the subject matter involving brutality against women.  You might recall that Von Trier was accused by Björk of sexual harassment during the filming of “Dancer in the Dark”.  He, of course, denies the allegations.   It seems impossible to have any sort of discussion on any topic without bordering on this behavior and attendant shamelessness.

Not much is known about this Gaspar Noé film, but based on Noé’s body of work and the bodies unclothed in most of that work — expect a sexually transgressive journey in the vein of Irreversible and Enter the Void. His last Cannes entry, Love, brought 3-D seminal fluid shots to the Croisette.  How can he top that?  I shudder to think.  I do know that the film is about a group of dancers in the frenzied 1990’s who descend into madness after being drugged.  Perhaps its original title, Psyché, is a clue. Frankly, I do not look forward to sitting through such violence and sexual depravity.  Oops… am I saying too much?

Hirokazu Kore-eda makes the kind of leisurely family dramas that, whose characters and predicaments make an indelible impression and stick with you for a long time. This particular film concerns a down-on-their-luck family who steals to survive, Despite their financial struggles, the family takes in an abandoned girl.

This film, like all from Kore-eda is sure to be delightful, and to tug at heartstrings but is it Palme-worthy?

The Man Who Killed Don Quixote

Terry Gilliam is scheduled to bring his long (long, long long) in-development passion project, The Man Who Killed Don Quixote, to Cannes under peculiar circumstances.— the original iteration was the subject of the 2002 documentary Lost in La Mancha.

The film faces legal battle before Cannes. Portuguese producer Paulo Branco, who initially worked with Gilliam on the film, claims he has the rights to the movie, and sued Cannes organizers to stop them from showing it. Gilliam, contests Branco’s claims.

The cast includes Adam Driver, Jonathan Pryce, and Olga Kurylenko.  The embattled but always loquacious Gilliam will likely be on hand with some unedited commentary during the press conferences to come.

What would Cervantes say?

The latest animated feature from Mamoru Hosoda (The Girl Who Leapt Through Time, Wolf Children) will make its world premiere in the Directors’ Fortnight sidebar.

A 4-year-old boy, upset about the impending birth of his baby sister Mirai, runs away from home and wanders into a magical garden, where he meets the grown-up version of her. Through a time-traveling gateway, he encounters members of his family and has a series of wonderful and teachable adventures with his “older” sister from the future.

That’s the kind of plot synopsis which makes you feel maudlin at the outset.  One can’t help but love these little ones.  There’s potential here for Hosoda to have a global breakout on the order of Makoto Shinkai’s record-breaking Your Name. 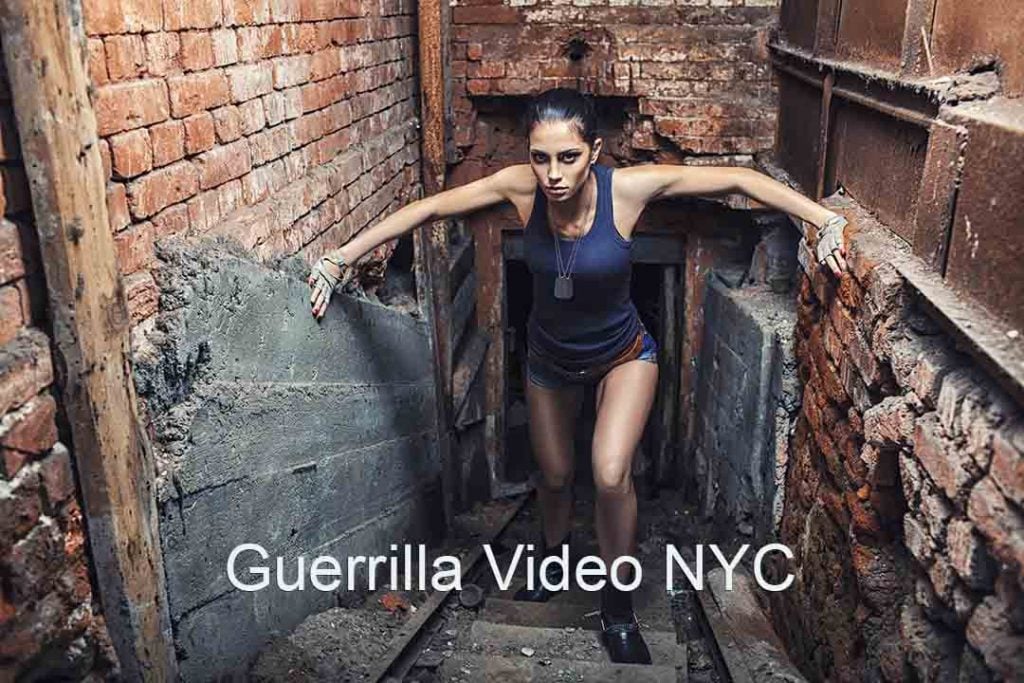 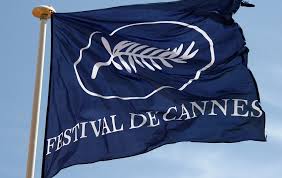