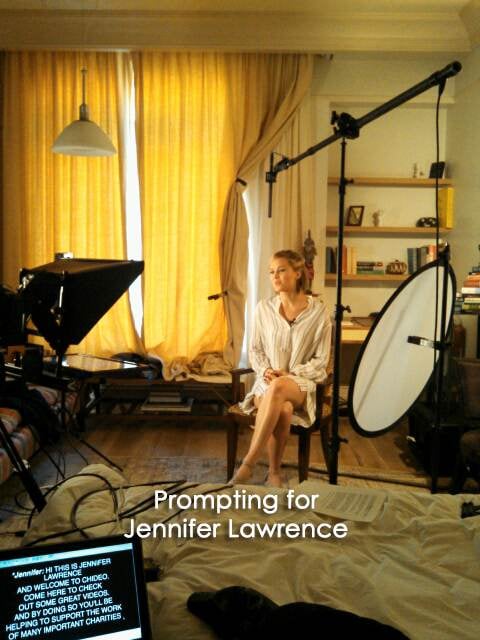 While I’m currently being annihilated  by sickness (either Flu or Common Cold… I don’t know.  It might be the two of them are tag teaming me) I figured I would share my thoughts about a topic that has made me think about some questions I have as a filmmaker.  On Tuesday, January 27th  I went to my very first teleprompter gig with one of my supervisors. 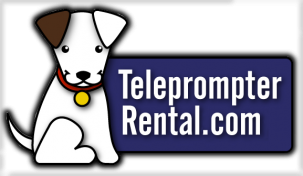 They were using a teleprompter for wild lines for a client’s event.  I had hardly paid any attention to the use of teleprompters before.  I discovered that the device actually holds wonders. 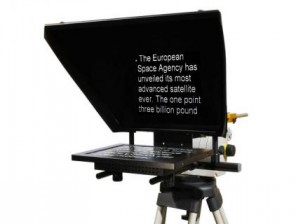 Usually on sets there are people to read the lines just in case an actor forgets his place.  But that comes with its own share of problems from that person.

On top of that there’s the whole fundamental “being quiet on set” thing.  Pages make noise… very significant noise. A noise that can make almost any director enraged with dissatisfaction and that’s something no one wants.  For those of you who read this and are just coming in to the industry, believe me when I say that probably 99 percent of filmmakers have seen a director break down on set.   About  60 percent of the time the reason is too much noise. And nothing is worse than having a director meltdown  on set.  Perhaps I exaggerate a little. 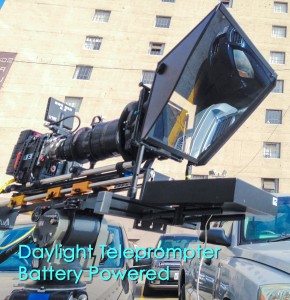 I think it would be awesome to have a teleprompter on set for actors when they forget their lines.  Having someone operate it would reduce time to look at the script, and more importantly diminish noise.  Just thinking about it and the problems it would solve is most definitely a headache remover.

It’s easy to operate.  If you’re nervous about working it, keep in mind that there are people like us here at American Movie Company that would gladly provide you everything to make the teleprompter gig on your set a success.

There are so many positive things about having a teleprompter on set. It doesn’t even have to be hooked up to the camera.  It can be aside and brought out as a cue for actors when they need to call “Line”.

Nonetheless, the director, might still have some concerns about the teleprompter.

To answer all those questions pretty bluntly.
No.
Not that big.
Yes.
Yes.
and another Yes.

After being on set with a teleprompter, I am confident that this tool can be used in a variety of ways. I conclude that it is essential to have a teleprompter on set for most productions..